I recently read something that really pissed me off.

Harvard Business Review published an article called Women and the Vision Thing.
The subtitle got me going right away.

Basically, the claim was that women are judged to be less visionary than men.

Okay, this article was talking about business, women and leadership.

But it got me thinking about women in general and our visions.

Is it true that women are less visionary then men?

OR is it true that women have plenty of vision, but what has been lacking is the ability to empower those visions enough so that they get out into the world? To initiate enough forward motion that would usher in the help, resources, and perseverance that it usually takes to realize a vision in real life.

Perhaps we are too exhausted from banging our heads against walls that simply aren’t moving because, generally speaking, we tend to be the ones who provide the support, not the ones whose visions get supported.

This can be as true on a personal level as it is in business. 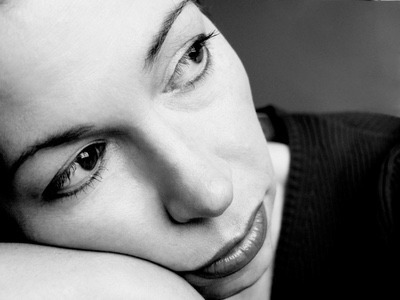 We Hold Too Much Sadness and Resignation

A vision is an image that appears in the mind or the imagination, sometimes as a flash of insight, sometimes created as a fully formed, detailed version of the end product.

In this case, the end product is your life.

A vision needs a creator. First to see the vision, then to recognize it as worthy of creation, and if she is the one to do it, finally to create it.

Conditioning and social structures have laid some very deep tracks in our DNA for women to support others rather than create our own visions. Or have our visions supported.

What gets sacrificed most often is a woman’s creative voice, her creative expression. We make everything and everyone more important than our own creative work.

No matter how many times we’ve heard it, we do not put our oxygen mask on first. This has always been the way. For most of us.

The thing is, we are all naturally creative beings.

To not create or express what we see inside, our visions and our dreams. To squash the creative desires that come naturally to us. To not know and love our unique creative voice. This is what leads to so much unhappiness and sadness in the world.

If you are squirming in your seat right now…good!

You are hearing the discontent of the still, small voice within that is yearning to receive your attention, your time, any time to see the vision that is lying dormant inside you. 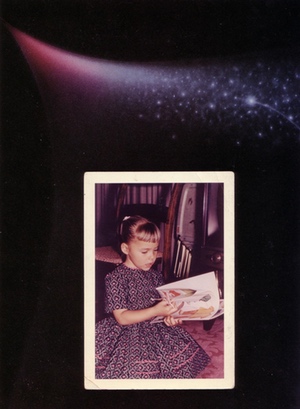 I Had It Early On But I Forgot…[Visual Journal Page]

Personally, I am very familiar with this struggle.

I came into the world curious and creative only to realize these qualities were not particularly appreciated. I diverted my attention to various paths that all ended with lack of interest.

Until I recognized and reclaimed my own creative voice and valued my passions and desires, I was restless, frustrated and dissatisfied.

I understand how difficult it is to put your creative voice in a position of primary importance, how easy it is to discount it.

I also know that acknowledging your own dreams and desires as valid is what will make the difference between a lackluster life and a divine life filled with glorious moments of extended bliss.

Yes, that is really possible.

Your creative voice is given the place of honor in your life that it deserves. 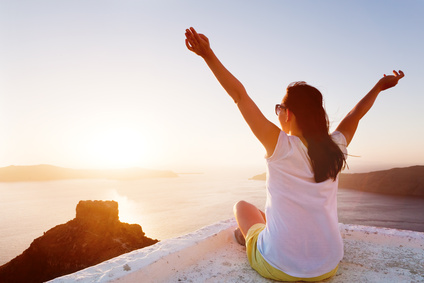 No, women do not lack vision.

We have all the vision in our hearts the world can sustain.

What we need is the clarity and confidence to see our visions as valid and possible. To give them importance and priority.

Only then will we gather the help, resources and support we need to make our visions real.

If you are currently unsatisfied with where your life is headed,

If you are in a transition and don’t know which way to go,

If you are sick and tired of sacrificing your own creative voice to answer the call of duty,

By continuing to use this site, you agree to the use of cookies used to enhance your experience here. more information